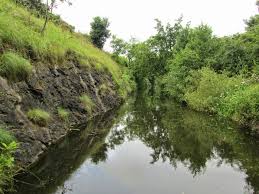 At the Municipal District Meeting on 19th December I requested an update to the current status of the Grand Canal Greenway project between Hazelhatch and the 12th Lock.

Question
Can the council confirm what is the status of project funding for the development of the Grand Canal Greenway from Hazelhatch to 12th Lock as of 01 December 2019 and the timeline for the project’s development in 2020?

Response
Funding has been secured for the development o the Grand Canal Greenway from Aylmer Bridge (in South Dublin) to Sallins.  Works on this section will commence in 2020 and be completed in 2021. Once this 11km section has been completed, a further funding application will be submitted  for the remaining section from Sallins to Clonkeen.

__________
Follow up: As this response did not answer the question, I followed up with regard to the specific section of Hazelhatch to 12th Lock. The response confirmed that funding is not available and that construction will not take place on this section in 2020. I will continue to work to ensure we can rapidly develop the Greenway to create the real option of cycling to Dublin. If we are serious about a modal-shift we need to prioritise these very do-able infrastructural projects.

The entire length of the Grand Canal from Lyons Estate to the Offaly border is included in the proposed Greenway, that includes the section between Ardclough to Sallins. The entire route is permitted under a Part 8 process.

The section between Grange Castle & Hazelhatch is also included in the proposed scheme, the majority of that section is under the control of South Dublin County Council. There is a portion of that length which is in County Kildare. However, it was decided that South Dublin County Council would include that portion in their Part 8 process. This was done by a formal agreement (Section 85), which the Councillors in both Authorities voted upon and agreed.

South Dublin County Council commenced the Part 8 process, but their proposal was appealed to An Bord Pleanala on environmental grounds. It was claimed that their AA screening and EIAR were not sufficiently carried out.  It is not known if the Bord have yet determined that appeal but I am looking into this.

As it was on appeal during the funding application stage, no funding was awarded to that section. So it may be some time before that section is shovel ready.

Funding has been secured to complete the section from Ardclough to Sallins. However, the timescale for the construction are unknown at this point. This is because management of the project is still not finalised and discussions are ongoing whether it will be KCC or Waterways Ireland who manage the project.

Question: Can the council update the members on the progress of the Kildare section of the Royal Canal Greenway from Maynooth to the Dublin border?

Report: This scheme is at detailed design stage. A number of issues have been resolved between the NTA, Waterways Ireland and Kildare County Council and it is anticipated that this scheme will be tendered in Quarter 2, 2020.