Griffinrath landfill and nearby water systems. 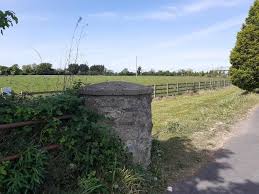 Motion – Councillor Vanessa Liston:
That the council outline actions it has taken at the large-scale landfill at Griffinrath which is now 20 years in existence in order to protect the local groundwater system and the sources of the Ballygoran stream which arises from this landfill and is one source of drinking water for over 600,000 people, from any potential pollution leaching into any of the local water systems.

Two separate permits were granted to a landowner in Griffinrath in 2000 for the purposes of filling low-lying lands within his ownership. The landfilling was carried Kildare County Council out generally in accordance with the terms of the permits and filling ceased in or around 2004.

Following on from subsequent complaints from local residents; the Environment Protection Agency (EPA) (2007) and Kildare County Council (2019) both procured expert investigations into flooding and environmental pollution concerns. Both reports came back with findings that the landraise activities have not negatively impacted on either flooding or environmental pollution of the general area.

It should further be pointed out to the members that the Ballygoran Stream is not a source of drinking water for 600,000 people as outlined in the listed motion. The quality of the water at the abstraction point for the Leixlip Drinking water supply 4km away, is carefully monitored at all times by Kildare County Council, Dublin City Council, the EPA and Irish Water.