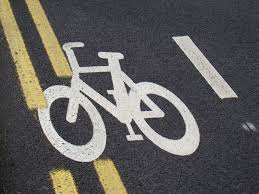 Motion:  That the council develop cycle lanes on the Aghards Road in Celbridge to connect those on the Shackleton Road and Maynooth Road to enhance safety for cyclists and pedestrians and to increase the connectivity between cycle routes in Celbridge.

Response from Council:  There are currently no plans to develop cycle lanes on the Aghards Road in Celbridge to connect those on Shackleton Road and Maynooth Road. To undertake such a project may require land acquisition/Compulsory Purchase Orders and would incur significant costs.

Follow up to this motion
Following a discussion at the meeting and follow-up on this important piece of infrastructure to connect and facilitate safe cycling in Celbridge, the new Director of Roads, Transport and Safety stated that he intends to meet with the NTA in January and will raise this as a project for Celbridge. It is well acknowledged the importance of joining up cycling infrastructure.
It will be a large project given the narrowness of the road. It was confirmed that it is not possible to use one side of the road for cycling and the other for walking but that indicative cycle-lanes may be possible as an option in the short-term. I requested that the project be initiated with the NTA, and that indicative cycle-lanes be laid down in the meantime in a way that is safe for cyclists, particularly school-children.